Students rush to aid of the Bosnian citizens
45 students from 22 different countries, who received educational scholarship from IHH, came together to help the Bosnian citizens clean up the wreckages of the worst flood they have lived through in the last 120 years. The students walked door to door on Al-’Isrā’ wal-Mi‘rāj ( The Night Journey) and distributed food packages.
BosniaandHerzegovina 28.05.2014 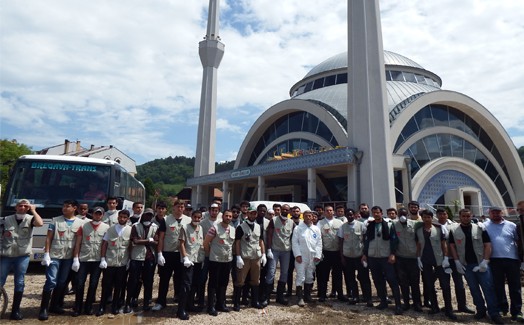 In order to try and erase the traces of the flood disaster, students from International University of Sarajevo (IUS) rushed to help the Bosnian citizens. 45 students from 22 different countries, who received educational scholarship from IHH, didn’t leave their Bosnian brothers alone. The student’s participated in cleanup work in the area of Zenica and distributed food packages. 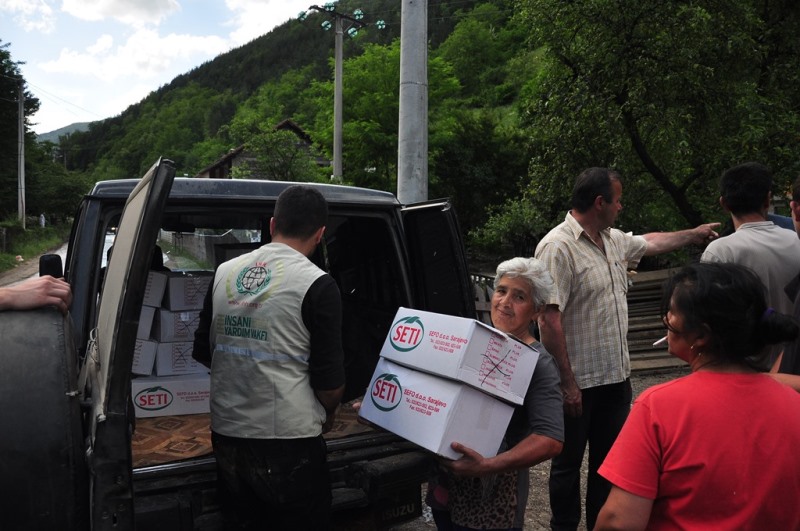 After living through the worst flood in 120 years, Bosnia-Herzegovina is now left with mountains of mud and wreckages which are still in the process of being cleaned up. This situation is also causing a threat of epidemic diseases to the people of the region. The dissatisfying participation of the Government in this cleanup process has left the citizens helpless.

The African’s were surprised at what they saw

The main population of the Zenica region are Muslims. This is one of the areas which the flood has affected the most. The students who study at the International University of Sarajevo which receive scholarship from IHH, drained the houses which were flooded by water, cleaned the built up slime and distributed food and cleaning parcels to those in need. The local Bosnian’s and students, who came together from 22 different countries, lived emotional moments when they saw the state of the Africans and Asians who lived in this region. 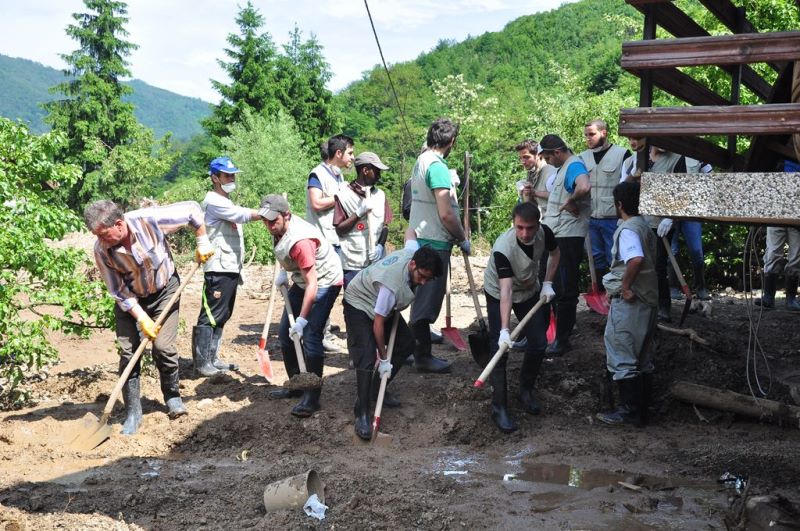 They walked door to door in Bosnia and distributed food packages

In the early days of the disaster, a group of 45 students helped with search and rescue efforts, provided donations to those who are in need and helped clean up the area. On the day of Al-’Isrā’ wal-Mi‘rāj (The Night Journey), the students rolled up their selves to help out their Bosnian brothers. 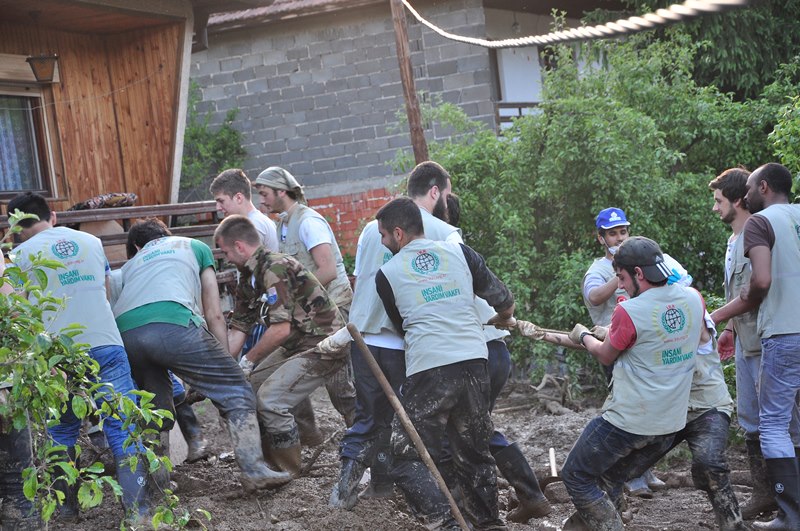 Greeting’s to Turkey who helped us

The Bosnian’s thanked the international students for helping them in this rough time. They sent their blessings and prayed for those who delivered and those who provided assistance. They also sent their greetings to Turkey. 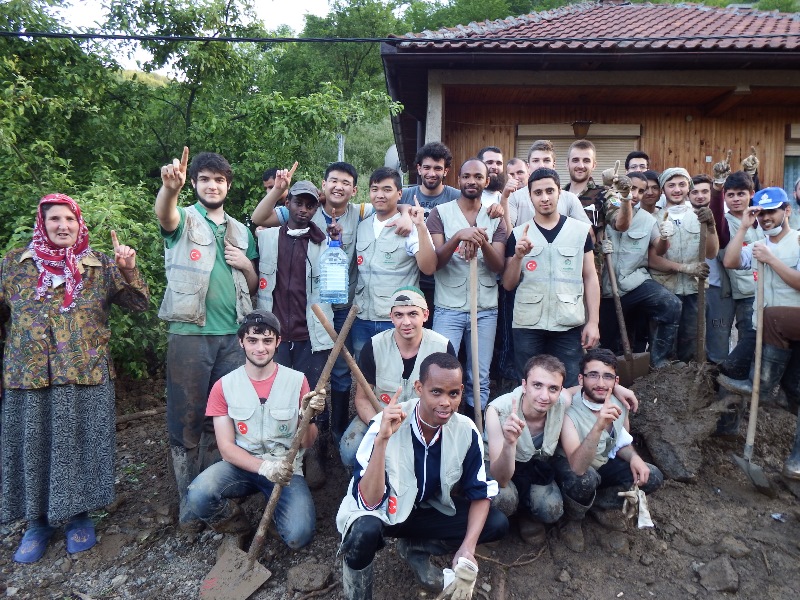