IHH attends meeting in support of people of Syria and Yemen
IHH Humanitarian Relief Foundation attended a meeting in Cairo on Dec. 17 which was jointly organized by the UN’s Office for the Coordination of Humanitarian Affairs, Organization of Islamic Cooperati
Syria, Yemen 28.12.2011 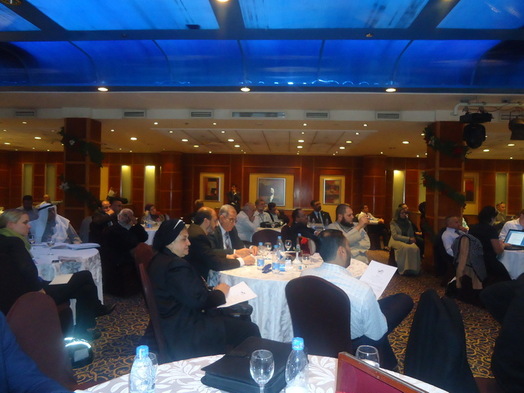 The meeting in Cairo aimed to determine the needs of the people in Syria and Yemen in the wake of the humanitarian crisis, prepare an action plan, transfer funds to the relief organizations working in these countries and raise awareness about the situation in these countries. It was also attended by representatives from local and international organizations from the Middle East in addition to Syria and Yemen. Delivering speeches at the beginning of the meeting, OCHA President Abdul Haq Amiri and OIC Assistant Secretary-General for Humanitarian Affairs Atta El-Mannan Bakhit talked about the dimension of the crisis in both countries underlining the importance of transferring emergency humanitarian relief to these countries as soon as possible.

A presentation which was made at the meeting based on a report of the UN Human Rights Council, noted that more than 5,000 people were killed in Syria, more than 14,000 others were arrested, tens of thousands of others were forced to leave for others countries while around million people had to move their houses to another city in Syria. It was noted that more than 40,000 Syrian people who took refuge in neighboring countries such as Turkey, Lebanon, Jordan, Iraq, Egypt and Libya need food, accommodation, healthcare and education services, money and  psychological support.

It was also underlined at the meeting that hundreds of victims in Syria are unable to access aid due to threats, insufficient funds and insufficiency of non-governmental organizations. It was said that there are efforts to prevent treatment of injured Syrians and hospitals and doctors that attempt to treat these people receive threats.

Local representatives from Yemen said the situation is no different in the country. They said 70 percent of the people in Yemen were already living in difficult circumstances; they have been forced to live under more difficult circumstances now. 12,000 people have been displaced in provinces such as Sana’a, Aden, Ebyen, Taiz where there is more government pressure, hospitals were either damaged by attacks or they are insufficient to treat the injured and people’s need for food, accommodation and education are not met.

Yemeni representatives warned that the situation in Yemen where around 850,000 refugees from Somalia and Eritrea also live will go worse if emergency aid is not sent to the country.