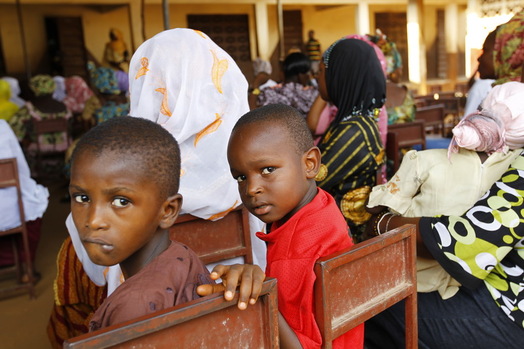 Although it owns 60 percent of the diamond reserves in the world, Sierra Leone is one of the poorest countries in the world. More than 70 percent of the population of the country, which became like the backyard of imperialist states, is Muslim. Muslims have to fight both against the abuse of the underground resources by imperialist countries and activities of the missionaries.

IHH has completed its activities, it launched as part of the Orphan Solidarity Days, in Sierra Leone. Visiting orphans supported by sponsor families, IHH aid teams offered medical examinations to 300 orphans to detect whether they have diseases such as malaria, chicken pox, measles, asthma, tuberculosis, yellow fever, pneumonia etc.

In addition, animals were delivered to orphan families in the region as part of projects to ensure that they make their own living. These families will be able to establish a new life for them with these animals as animal catering is widespread in the country.

Another project carried out to support orphan families in Sierra Leone is the “Micro Credits Project” as part of which 15 orphan families have been given financial assistance so that they can begin trade of low-cost commodities.