Gaza blockade continues violently
Restrictions at the Rafah border crossing, between Egypt and Gaza Strip and has crucial importance for Gaza, continue violently. Entry of no humanitarian aid materials or commercial goods is allowed f
Palestine 08.06.2011 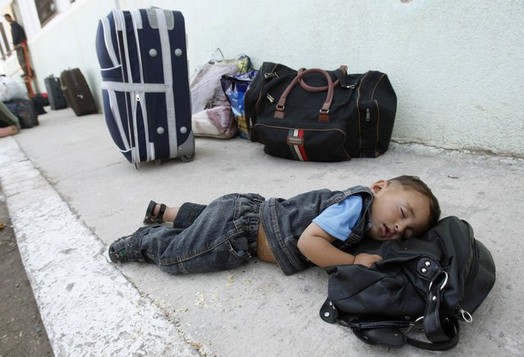 Approximately 15,000 people in Gaza who are listed by Israel are not even allowed to approach the crossing let alone using it.

Following the public revolution in Egypt, interim Egyptian administration has announced that the Rafah border crossing has been opened and the Israeli blockade on Gaza has been broken thanks to entry of goods coming to Gaza from the Rafah border crossing; however, arbitrary restrictions on the border gate continue. The crossing which is open one day can be closed down the other day.

Despite claims, Israeli blockade on Gaza continues violently even when the Rafah border crossing has been opened. The news coming from the region reveals that the crossing has not actually and fully opened. At the time when claims emerged that the Rafah crossing was opened, the interim Egyptian administration decided impose a quota to allow 600 people use the crossing daily and it grouped the Palestinians  into three.

In the first group of people, there are women and children below the age of 18. The people in this group have the right to use the crossing without the need to receive a special permission. They can get a visa at the border. In the second group, there are people aged between 18 and 40. The people in this group have to receive a special permission and had to have a visa of another country. Or else, they are not allowed to use the gate. Apart from these groups, there is another group of people who were listed by Israel name by name. These people whose number is estimated to be around 15,000 cannot even approach the gate let alone using it.

Another issue regarding the crossing which is claimed to have opened completely is about the entry of goods. Anonymous sources in Gaza denied reports that the border gate has been opened completely. Entry of aid materials and commercial goods is still not allowed from the gate. Only the goods which are approved by Israel can be transported from the border.

Please click to fill out the preliminary application form for the Freedom Flotilla II.