IHH in cooperation with Association of Azerbaijan Compatriots organized “Humanity’s Pursuit of Justice: Xocali Symposium on the 23rd Anniversary of Xocali Massacre.”

In his opening remarks Azerbaijan’s Istanbul Head Consular Hasan Sultanoğlu Zeynalov said that many countries turned a blind eye toward the Xocali massacre and Armenia’s occupation of Azerbaijan soil.

Zeynalov, "Armenia is after the worldwide recognition of an unfounded lie. We are aware of the burden on Turkey. Therefore, we should take action together for raising awareness about the barbarity, the massacre that took place in Xocali” he said.

He protested that those who are zealously pressing claims for Armenian genocide turn a blind eye toward the real massacres. "Over the past hundred years Armenia, which does not flinch from carrying out a massacre, has been using the unfounded claims for an incident that did not happen against Turkey. We have to tell the world that Armenia has in fact carried out a massacre verified with documents and first hand witnesses," he explained.

Zeynalov, highlighted that raising global awareness about Xocali Massacre will serve as a reference for the rest of the massacres that happened in history.

Zeynalov noted that Azerbaijan is the biggest supporter of Turkey in its just cause.

"Armenians have committed a crime against humanity in Azerbaijan. According to official numbers 612 but in fact thousands of our people were butchered in Xocali where women, children and youth were indiscriminately massacred and no one in the world cares about it. Strangely, this violence and massacre went unnoticed by countries worldwide and there was no outcry of justice. During the twenty-three years after the massacre, Azerbaijan has put serious efforts to raise awareness about what happened in Xocali. As you all know 2015 is the centenary of so-called Armenian genocide. Today Armenia is after getting these false claims of genocide recognized by the world as the truth. We are aware of the burden on Turkey, therefore, we should take action together for raising awareness about the barbarity, the massacre that took place in Xocali. We should tell the world about the Xocali Massacre on its 23rd anniversary with a stronger voice. We should bring up the Xocali Massacre on the agenda, this shame of humanity with living witnesses and verified documents. It was only Turkey that stood by us during the Xocali Massacre and other crisis we had with Armenia” he added. 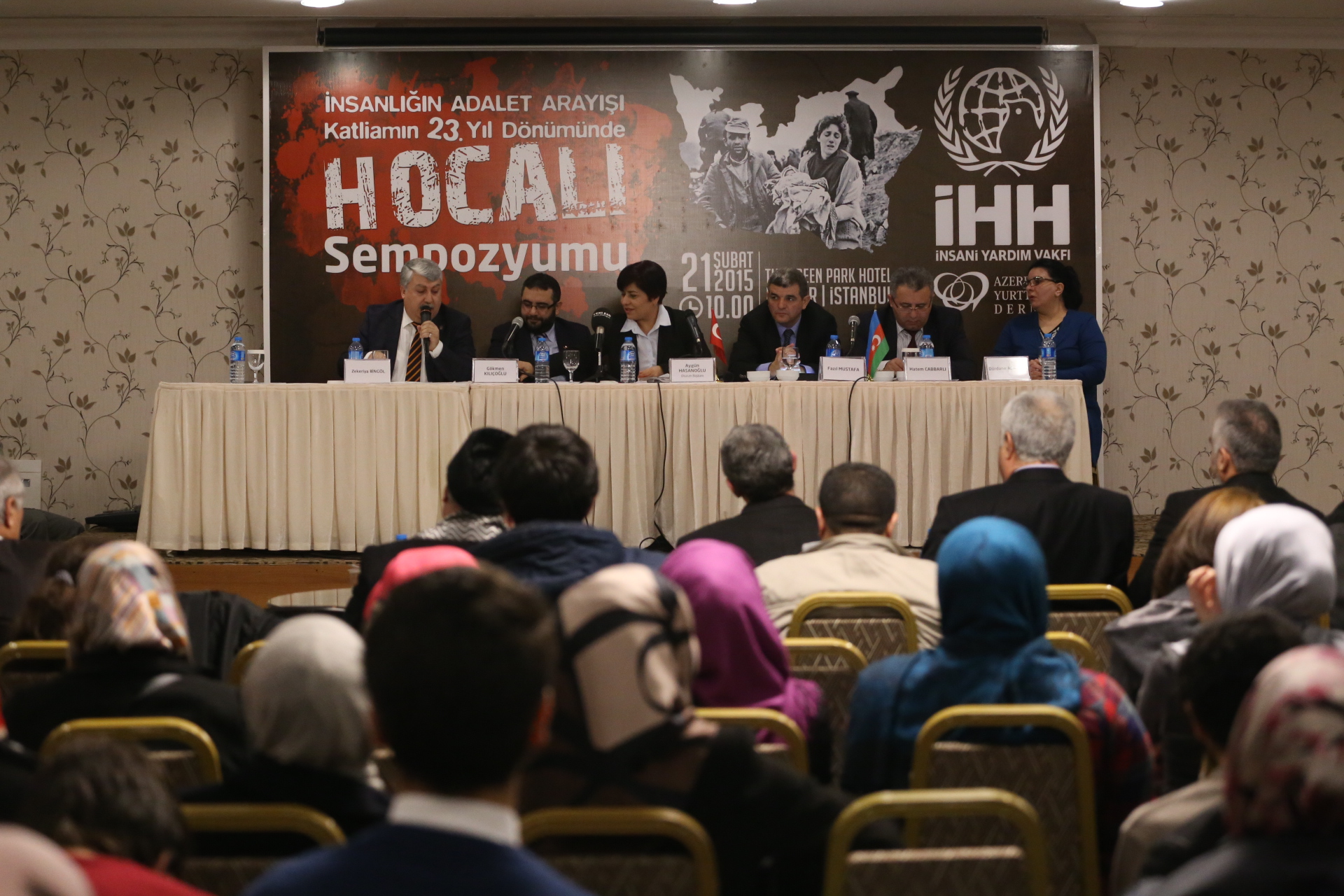 Following the opening remarks, the symposium was held in three sessions; Xocali Massacre, Nagorno-Karabakh Crisis, Turkey’s relations with Armenia and Azerbaijan, Armenia’s policy of invasion were the topics that were discussed.