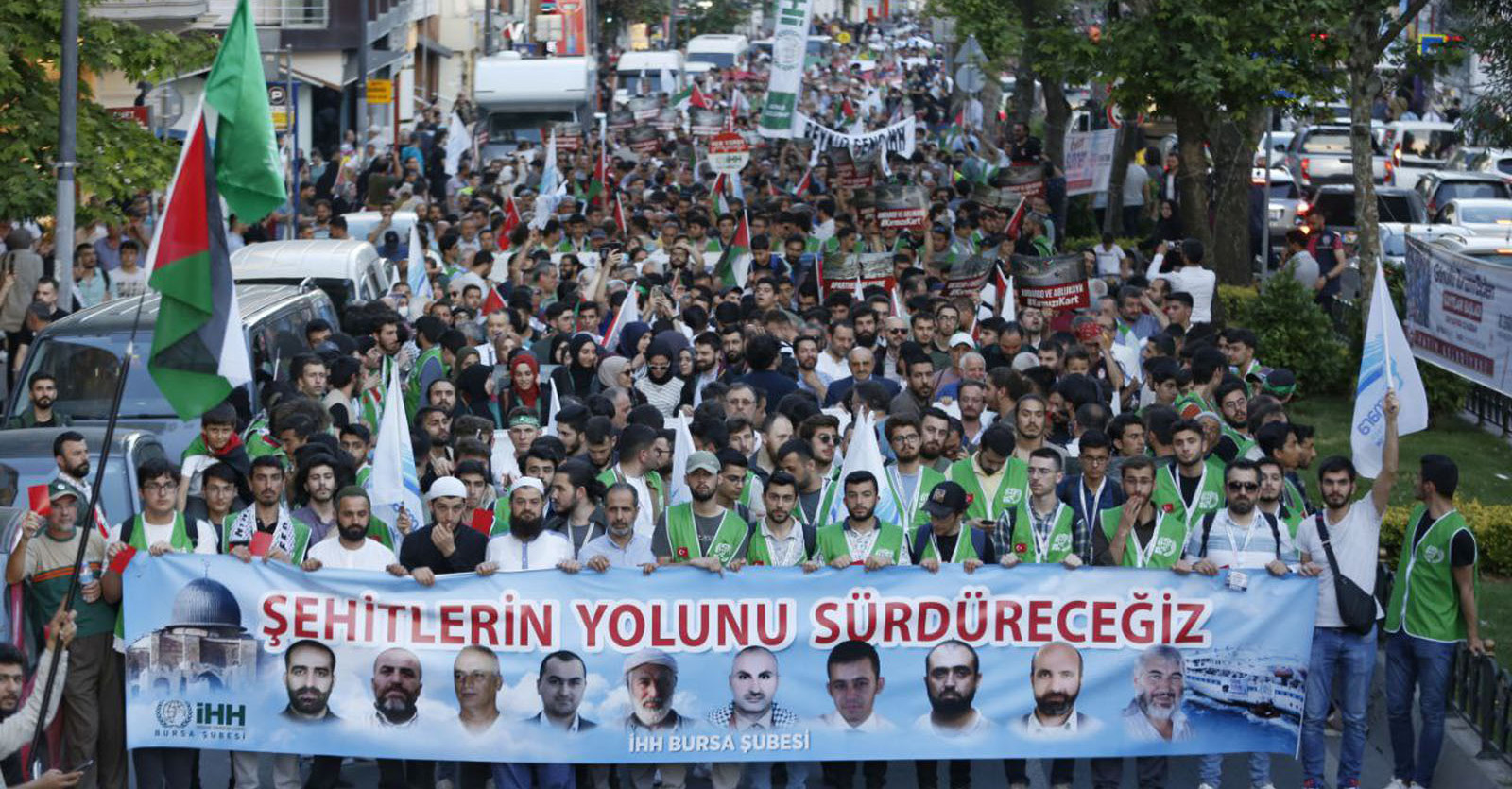 The march was organized by IHH Youth in collaboration with the Mavi Marmara Freedom and Solidarity Association (Mavi Marmara Özgürlük and Dayanışma Derneği). It began at the Fatih Mosque and ended at the Edirnekapı Martyrs Cemetery.

Israeli persecution was revealed once again to the world

Thousands of Palestine supporters marched the route holding Turkish and Palestinian flags. Frequently calling out chants “Allah is Great”, participants also called out slogans “Down with Israel”, “Greetings to Palestine, resistance continues”, “Murderer Israel, get out of Palestine”, “Mavi Marmara is our honor”, “Al-Aqsa is not alone.”

During the march, prayers were recited for the Mavi Marmara martyrs. Participants also exclaimed Israeli persecution to the world.

“We send greetings to our brothers and sisters”

Afterwards, chairman of IHH Youth Muhammed Cihad Çelik came to the stage and said “Our precious brothers and sisters whose hearts and minds are full of love for Masjid Al-Aqsa, when you heard Mavi Marmara and Masjid Al-Aqsa you all came running. 12 years ago, when Mavi Marmara set out on its journey, the youth filled this arena, today, once again this arena is full with the youth. We send our greetings to our brothers and sisters in Gaza and Al-Quds, whose land is under occupation.” 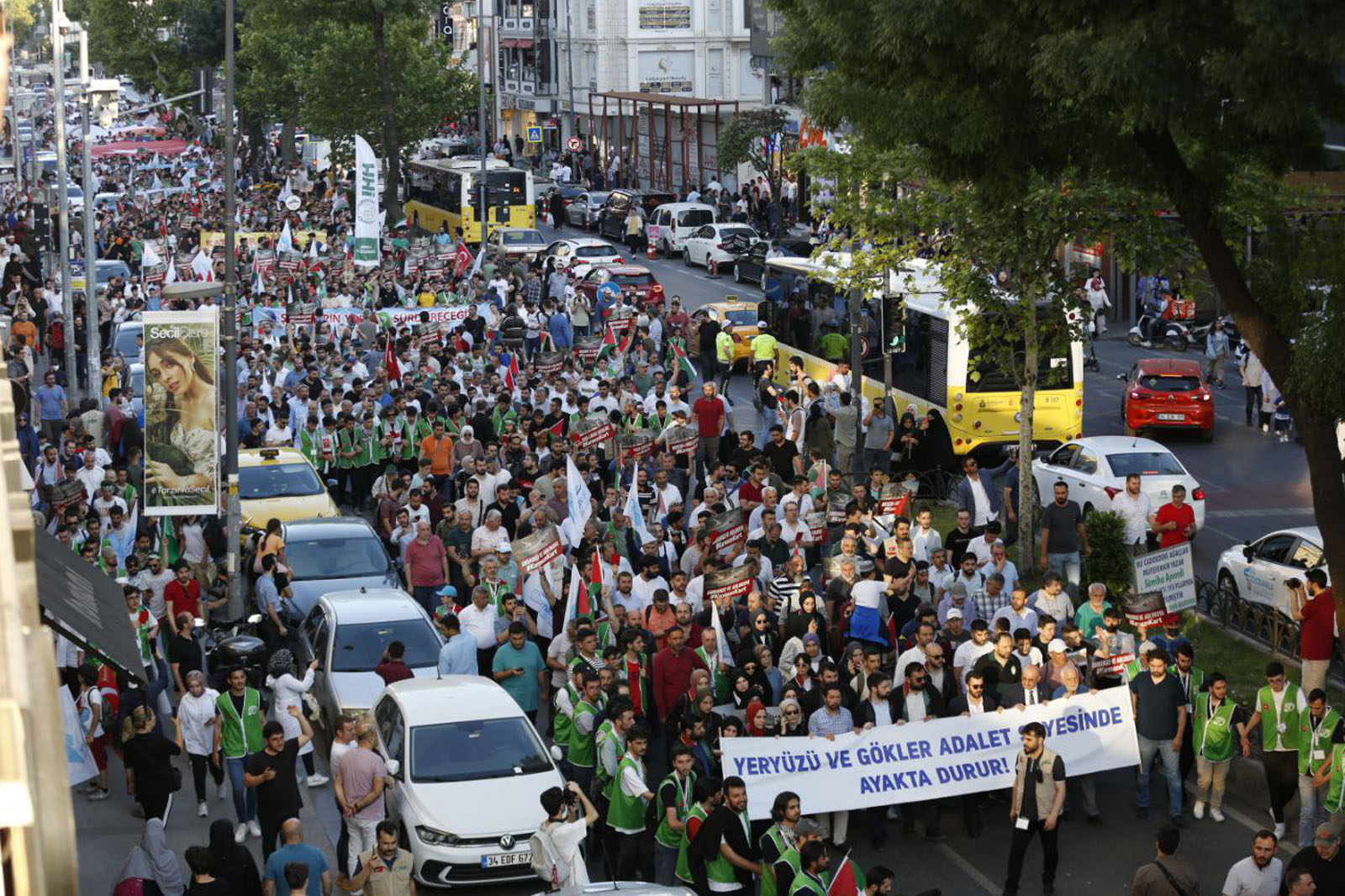 “Mavi Marmara’s journey is not over yet”

Explaining that people of conscience came together 12 years ago to deliver aid to Gaza, Chairman of the Mavi Marmara Association Beheşti Ismail Songör added “Mavi Marmara’s journey is certainly not over. Mavi Marmara is continuing its journey. There have been persecutors since the time of Adam (as). But this persecution never continued. Be sure that, insha’Allah, in the very near future, Israel will be buried under the garbage heap of history.” 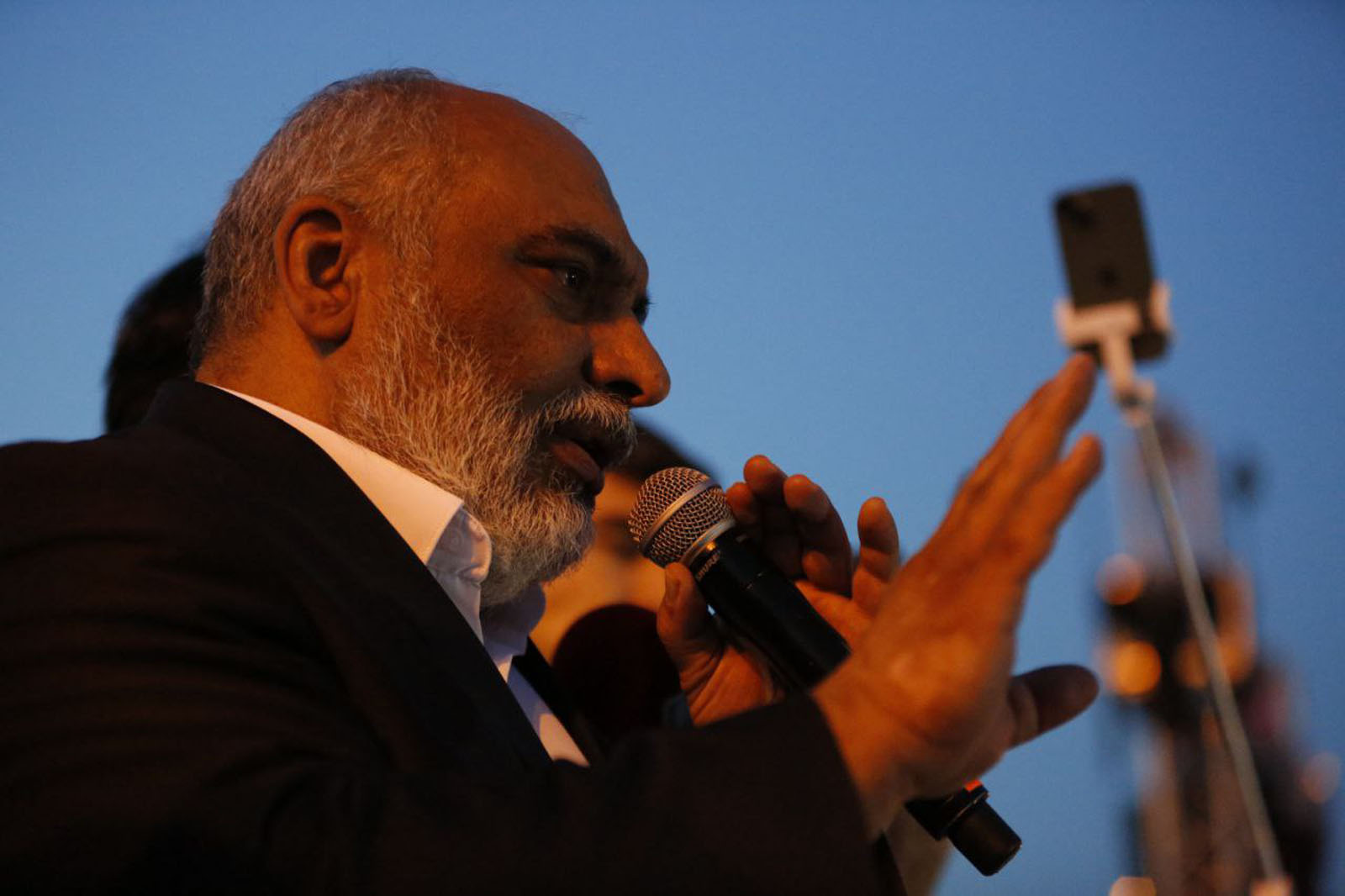 “There can never be normalization with Israel”

Following the speeches, Imam Ibrahim Şahin recited prayers for the martyrs of Mavi Marmara, Palestine and Muslims all over the world.

At the end of the program, participants visited the graves of martyrs Cevdet Kılıçlar and Necdet Yıldırım that were killed during the Mavi Marmara attack, and recited prayers.