New aid to refugees in Iraq
IHH Humanitarian Relief Foundation have provided 1500 families who have migrated from the Fallujah and Ramadi region to take refuge in Hanig region of Iraq due to ISIS, with emergency food aid.
Iraq 21.11.2014

IHH Humanitarian Relief Foundation has provided 1,500 families who have migrated from the Fallujah and Ramadi region to take refuge in Hanig region of Iraq due to ISIS, with emergency food aid.

IHH is continuing to provide aid to the Arab, Turkmen and Kurd refugees who had to leave their homes and seek refuge in safer areas of Iraq due to ISIS.

IHH teams have visited the refugee families that have migrated from the Fallujah and Ramadi to the Hanig region. After IHH detected the situation of the refugees and their needs, IHH provided 1,500 refugee families with emergency food aid worth 40,000 dollars.

IHH Middle East Chief Mehmet Akbaş stated that there are 220 families living in the tent city that is lack of sanitation and that other families are living under very difficult situations in the villages.

With winter approaching Akbaş stated that situations are getting more difficult and said that "Winter aid has become an essential condition. Blankets, bed-mattress, stove and food assistance is urgently needed." 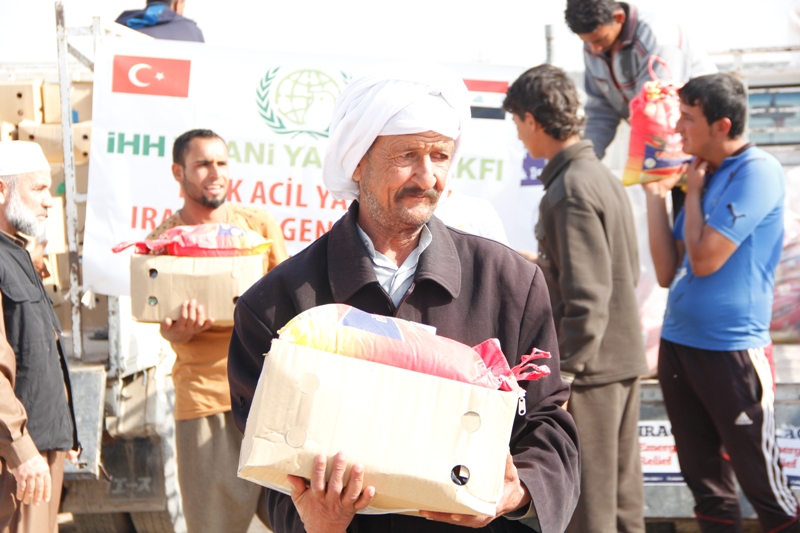 With America invading Iraq, there has been no political and economic system stability establishment. Due to political instability armed groups have sprung and conflicts and continuous bombings have generated within the society and these conditions have caused chaos in the society. The government has not managed to prevent this issue and is still continuing today.

People that have been affected by these incidents have been forced to migrate. People are migrating and settling in to safer areas outside of Iraq and within Iraq particularly within Northern Iraq (Erbil, Dahon, Sulaymaniyah). Regional governments and the United Nations have provided support within the camp conditions.

Due to the problems experienced by ISIS, the Iraqi community have fallen to a migrant status again and are settling into camps that have been set up in safer areas.